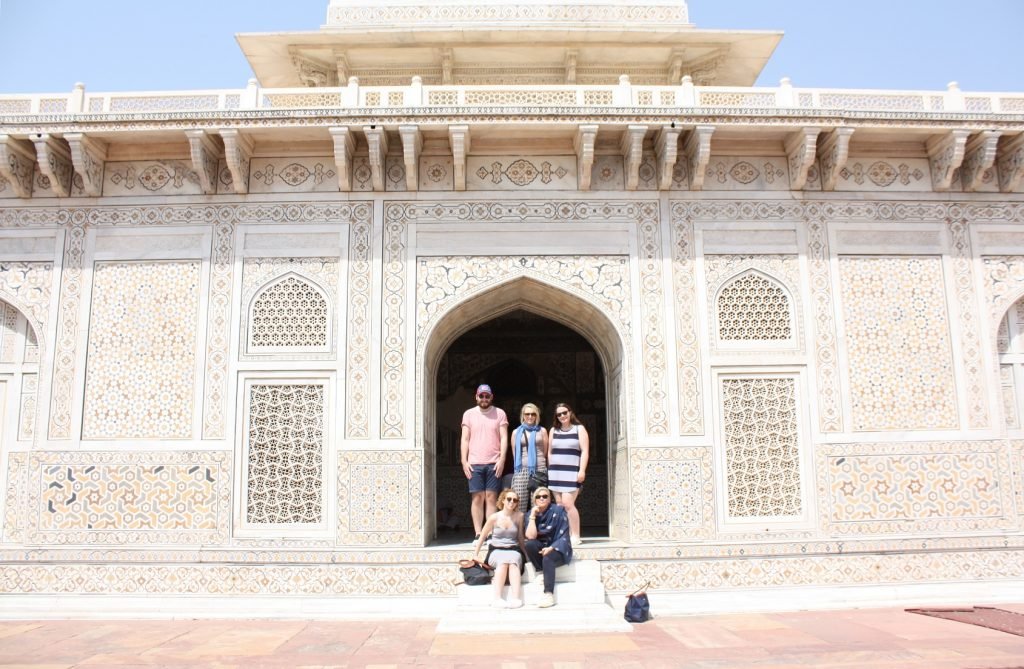 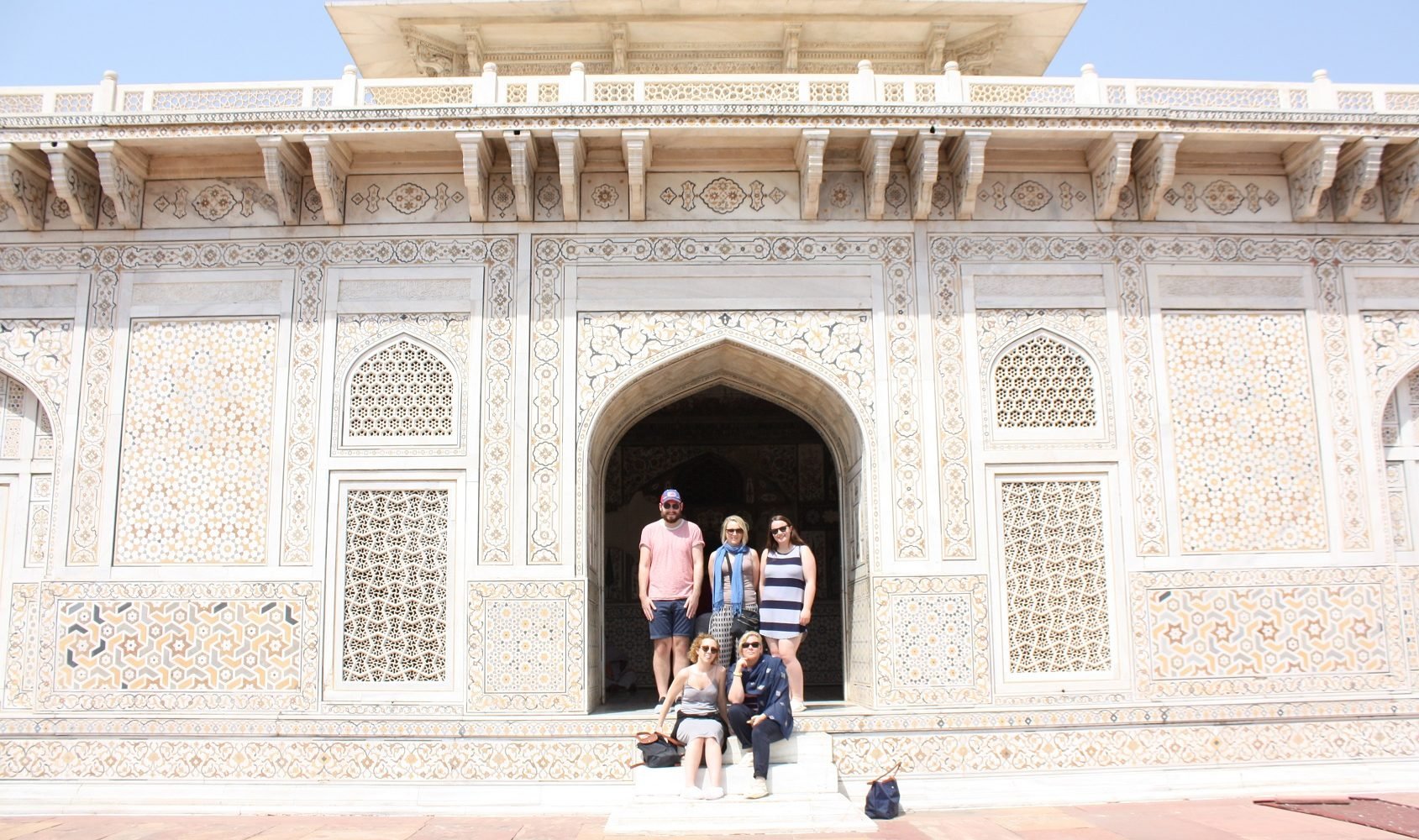 It’s been just under 3 weeks since a contingent from the Wendy Wu/Asia Inspirations office returned from their Indian adventure, and they still haven’t stopped going on about how amazing it was! But then, who can blame them? They explored Delhi, stood before the Taj Mahal, safari-ed in Ranthambore National Park, and were introduced to the wonders of Rajasthan in Jaipur – completing India’s fabled Golden Triangle. Quite the experience I think you’ll agree…

Here is a little glimpse into what they thought of incredible India.

“India exceeded my expectations. It was a country that I was very unsure whether I would enjoy, and it totally surprised me.”

These are the word of Karen, our Business Development Manager – here she is expressing a sentiment that is felt by many. You hear a lot about how India is dirty, chaotic and overwhelming, and that it may be to some people, but there is so, so much more. On their return, the guys were bandying around words like ‘colourful’, ‘spiritual’, ‘vibrant’, ‘diverse’, which give a much better insight to India – it is all these things, and many more, so banish those preconceived notions and give it a go! “I didn’t expect a building to evoke strong emotions in me as I’m usually more interested in adventure than architecture, but learning about the history of the building and emperor Shah Jahan’s story I felt in awe of the structure.”

When asked what their favourite sight was on their trip, the five-strong team were split in two. Three of them said the Taj Mahal, and the other two said Delhi. The Taj Mahal is said to be the world’s most beautiful buildings, but Chloe, one of our Product Executives, summed up perfectly its true beauty in the quotation above. Cliché as it may be the Taj Mahal is not only one of India’s must see sights, it is one of the world’s must see sights, but you don’t have to take our word for it, go see and experience the wonder for yourself.

“I loved that there was such a contrast between Old Delhi and New Delhi. Old Delhi beautifully portrayed ‘real India’ with its array of colours, noise and smells – best seen on our rickshaw ride! New Delhi portrayed the grandeur of the city’s Raj-era with impressive architecture and tree-lined streets.”

Delhi is a city of two halves, Product Manager Tom explains beautifully above. Old Delhi was founded in the 1600s by Shah Jahan (of Taj Mahal fame) and was Mughal capital until 1857 when the British Raj began its governance of India. The rickshaw ride that Tom is referring to took the group through the maze of alleys around the magnificent Jama Masjid, India’s largest mosque. These alleyways showcase a tapestry of day to day life in the capital, from bazaars, temples and, of course, cows. According to our travellers, this ride is a must! On the other hand, New Delhi was created by the British in 1929 as a huge and splendid display of the might of the Empire…shame it only lasted 16 years longer. The buildings however are seriously impressive to behold designed by architect extraordinaires Sir Edwin Lutyens and Sir Herbert Butler. “Everywhere we went there was so much colour and vibrancy,”

The gang loved the ceremony of the traditional ‘namaste’, bindi spot and garland that greeted them at each hotel and the traditional dancing went down particularly well with Emma, our Tailormade Consultant…until she was made to try and do some!

“We saw weddings being celebrated in the midst of the chaotic streets.”

Creative Manager Julia, loved how laid bare life in India was. Here, all of life’s celebrations and festivities are there for all to see, something that makes it one of the world’s most striking destinations to explore. You cannot help but be immediately drawn in! “I found it amazing how much of the Mughal architecture blends aspects from other religions, such as the lotus flower from Hinduism and Buddhism and the cross from Christianity.”

Tom was struck by how India has always embraced its diversity. The major religions that were born on the Indian Subcontinent itself, Hinduism, Buddhism, Sikhism and Jainism, and those that came into the country, Islam and Christianity, have co-existed and evolved together over centuries, and have become thoroughly entwined with the culture. The Mughal Empire, which ruled swathes of northern India in the 16th, 17th and 18th centuries, was no exception, using the influence of Persian, Central Asian, Indian Hindu and Muslim styles in magnificent buildings such as the Red Fort in Delhi, the Taj Mahal and Fatehpur Sikri. The fact they used this combination of styles and symbols may have been to demonstrate their universal right to rule, but also almost predicted India’s future as a secular nation. “My favourite experience had to be witnessing a tiger in Ranthambore. We rose at sunrise and rode through the hills of the national park looking out eagerly for any sign of a tiger, and just when we had lost hope there he was, Krishna T64!”

Bearing in mind there are only about 3,000 Bengal tigers left in India, the group were really lucky to spot a tiger, but Ranthambore is definitely one of the best places to see one, and really easy if you fancy the Golden Triangle route. Built around the magnificent old Ranthambore Fort, the park was originally the maharana’s hunting ground but is now a sanctuary for about 55 tigers, and home to a wealth of other wildlife too.

“We got a spectacular rooftop view of the Palace of the Winds in Jaipur.”

One of Jaipur’s best known pieces of architecture the Hawa Mahal, or Palace of Winds, is an interesting one. Actually just a façade, it is a structure full of windows and doorways so that the royal women were able to observe the goings on of the street below whilst still observing purdah. Jaipur is full of fascinating titbits like this – the group also enjoyed their trip to Jantar Mantar, the observatory of Jai Singh. Full of instruments to measure the heavens, devised by the maharaja himself, you can also have a horoscope reading by a specialist who uses the year, time and day of your birth to lay bare your character traits. For most of our travellers it was scarily accurate!

As you can see, the guys were fascinated, excited and awe-struck by all aspects of their India adventure – that’s just something that India does to you. There are many pre-conceived notions of what your experience will be like – oh, by the way, there were no incidents of the notorious ‘Delhi Belly’ – but as with all travelling, your experience will be what you make it. India is a vast, wonderful and magical country that at least deserves your consideration for an adventure – it will most certainly be once-in-a-lifetime!

Let’s finish off with a top tip from each of the gang:

Chloe’s tip: “Bring a big appetite! We found there was always an abundance of food and so many dishes to try…you will never go hungry”

Karen’s tip: “Drink plenty of water, wear loose clothes and go with an open mind – expect to be wowed!”

Emma’s tip: “Be openminded, it won’t be what you expect!”

Julia’s tip: “Make sure you have lots of memory on your phone or camera to take lots of photos – India is very photogenic and picturesque!”

Tom’s tip: “Make sure you carry hand sanitiser. Although I’m not a hygiene freak, you do notice how grubby your hands can get when handling money and food and when you’re just seeing the sights!”